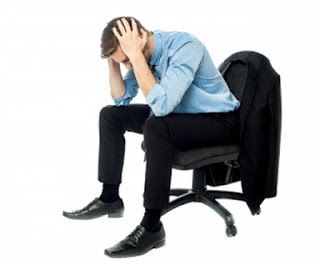 The following is an excerpt from the book A Path with Heart: The Inner Journey toTeaching Mastery by Pete Reilly and is reproduced here with the author’s permission.

I watched from the back of the room as a group of students began to disengage from their teacher.  Several of them pushed their chairs back from their desks in frustration.  They were lost.  It didn’t take long before they completely gave up on the lesson.  They just couldn’t keep up.  The teacher was moving too quickly for them.  I could almost hear them say, “What’s the use?”  A few short moments later, they began doing other, non-lesson-related things at their desks.

I continued observing the class and noticed a number of individuals who were confused but hadn’t yet given up.  They were turning to neighboring students for help.  At first it was just, “What did she say?  I missed it.”  But the teacher kept moving quickly and soon they were all working with their neighbors as if the teacher wasn’t even in the room.  They’d figure this out together, it seemed.

The majority of the class was trying to figure things out by themselves but seemed confused.  Several students raised their hands for help.  This slowed the teacher down.  She stood near them, doing her best to figure out what they had done to get so lost, before she brought them back to where they were supposed to be.

The entire time the teacher was working with the lost “independents,” there was a group of “high-end” learners who were totally bored because for them the lesson was painstakingly slow.  They were getting angrier by the minute and a few put their heads down on their desks in frustration.

Finally, there was a small but vocal group who was very angry with the class.  Whenever they got lost, they made comments like “She’s moving too fast.  She should have been clearer… made the lesson simpler… provided more support materials.”  They spoke their criticisms loudly enough for the entire class to hear.  They were the most angry and aggressive.

The class clearly was a mess.  Even though the teacher was knowledgeable and well-intentioned, the students were all over the place.  It wasn’t a pleasant scene—especially since this was a class of school principals learning how to use new laptops they had been issued a few days earlier.

While there’s no doubt the teacher leading the class could have been more effective, watching the assorted principals act out their frustrations in ways eerily reminiscent of their students was darkly humorous.  It was obvious that they had completely forgotten what it was like to be beginning learners.

How different our classrooms might be if we remembered what it is to be a student!

From A Path with Heart: The Inner Journey to Teaching Mastery, by Pete Reilly.  © Irimi Horizons Publishing, 2015.  www.apathwithheart.net

Photo by stockimages for FreeDigitalPhotos.net

Applying the Lessons of Aikido in the Classroom (author interview)

A Path with Heart: The Inner Journey to Teaching Mastery (recommended book)