Do You Have a Self-Defeating Slogan? 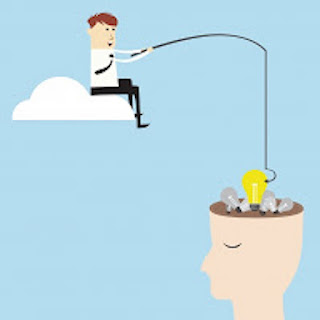 In the management book Taking People with You, David Novak puts a lot of emphasis on helping other people succeed and giving them credit for their contributions.

That certainly wasn’t true of one of his first bosses:


“Every time I came to him with a new idea, [he] would answer by saying, “That’s funny, I’d been thinking the same thing.”

How flattering as a young employee to have the very same idea as your supervisor!

Presumably, the director wanted to appear authoritative and knowledgeable.


“It caused us to lose respect for him as a leader. After all, if he needed to steal our ideas, he must not have been very confident about his own.”

I’m sure we can all think of examples like this from our own experience.

There’s nothing like being told “This will streamline the process” when you’re presented with yet another new type of paperwork.  Or “There are procedures to follow,” which no one’s ever heard of because this has never been tried before.

Believe it or not, we may even do something similar ourselves.

I realized this when I heard one of my students saying “Make sense? Make sense?” and all his classmates giggling.

Well, “Does that make sense?” really isn’t too bad as unintended catchphrases go. It shows I care about student comprehension, which is pretty important for a language teacher. On the other hand, it could also give the impression that I don’t think I’m explaining myself clearly.

Once I realized how often I was saying it (as in, several times per class period), I giggled, too.

After that semester, I used the phrase more sparingly, but I didn't give it up altogether.

Because, like the other examples, it wasn’t the phrase in and of itself that was the problem, just its overuse.

Does that make sense?


image by samuiblue for freedigitalphotos.net

A Few Words about Mindful Speech

THINK Before You Speak: Case Studies in Mindful Speech