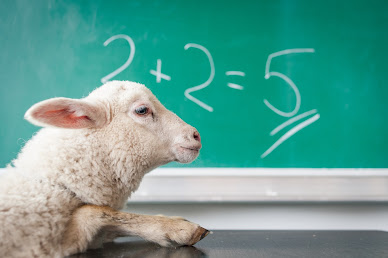 Believe it or not, I once got kicked out of the public library. For reading.

It was an hour before the doors officially opened, and I was waiting for my husband, who was a volunteer with the book sale. He’d been told the previous week that they’d be happy for me to volunteer, too. When we got there, we were told that I couldn’t help because I wasn’t on the official list. “Would it be all right for me to stay there and read while I was waiting for him?” “Of course.” I found myself a nice quiet spot out of everybody’s way, and was sitting there minding my own business when I was told I had to leave the building.

I have to say this was no great hardship. It was a beautiful summer day, so I sat outside on a bench under a shady tree and continued reading my book. But for our purposes, feel free to imagine me as a shivering waif caught in the freezing rain, gazing wistfully through the window at the volunteers and librarians gathered around the fireside enjoying mugs of cocoa and hot buttered crumpets.

However you want to picture the scene, here’s the important point: The librarian solved the problem of keeping patrons from entering before the library was officially open. But that wasn’t actually the problem. The real issue was confusion over who was supervising the volunteers. (Just in case any of you are still picturing me as a shivering waif: Don’t worry. It all got straightened out the following week.)

This kind of thing happens all the time, doesn’t it? I mean, the particular set of circumstances are unusual. But it’s very common for someone to think they know the solution when they’ve actually misidentified the problem.

At another volunteer gig, I was helping out at a refugee-assistance program with a lot of different types of services. I happened to be sitting nearby as the social worker tried to convince a particular young man to join the yoga class. His resistance was surprising, since he enthusiastically participated in all the other activities.

She said it would be fun.

She explained the health benefits.

She told him it would help him relieve stress.

He could see how disappointed she was, so he finally confided, “I want to try yoga. I just don’t want anyone to see my ankle.”

That never would’ve occurred to me, but many of the clients were quite conservative, and I thought she did a good job explaining that he could wear his regular street clothes and stay in the back where no one else would look at him.

He thought about this for a moment.

“You mean, they wouldn’t think I’m a criminal?”

He lifted up his pants leg and showed her the real source of his concern: an electronic tracking bracelet.

She reminded him that all of the clients were refugees. It wasn’t uncommon to wear a tracking device as they awaited their asylum hearings. No one would think any less of him if they happened to see his ankle, but he could still stay in the back if that made him feel more comfortable.

Reassured by this, the young man cheerfully headed off to the yoga class.

I thought the social worker handled the situation well. But I also realized the confusion could have been resolved much more quickly if she’d started by asking him why he was reluctant to go.

Unless there’s an immediate danger, it’s almost always better to pause for clarification before jumping in with a solution. In this situation, there was no harm done. But in other circumstances the wrong assumption could lead to embarrassment, or to causing a problem where one didn’t exist.

Woman on the Street

“Get away from her!  Don’t hurt her like that!”

We glanced around to see who the angry old woman was yelling at, but we couldn't spot anyone being hurt.

My husband had no idea she was talking to him until she marched right up to us and urged me to leave the “abusive” man.  Huh?

My would-be rescuer was convinced my husband had done something to cause the pained expression on my face.  I was actually grimacing because I was walking for the first time since getting a cast off my leg, and he had his arm tightly wrapped around me in case I stumbled. The danger wasn’t that he would hurt me; the danger was that I would fall and hurt myself.

I’d broken my leg in January.  For the next four months, my husband:

This is, by the way, the same guy who took care of me when I had my wisdom teeth out, making a different non-chewy food for every meal:

“Since we’ve already had grits and mashed potatoes today, how about oatmeal for dinner?”

When the pain was at its worst, he sat with me and watched The Princess Diaries, in its entirety and without comment.  (Let’s just say that’s not exactly his preferred genre of film.)

In other words, he clearly did not deserve to be yelled at in public for mistreating me.

As much as I appreciated the older woman’s concern, I wish she’d taken a moment to observe us and ask if I was OK rather than causing a scene right in front of our apartment building.

In all fairness, I have to confess that I’ve made my own share of mistakes, trying to be helpful in ways that turned out to not be at all helpful.

The Tortoise and the Harebrained Scheme

Several years ago, my husband and I saw a snapping turtle heading toward the woods rather than the pond. (So yes, this is a story about a turtle rather than a tortoise. Trust me, that was the least of its worries.)

Oh, dear! A lost reptile! We shall be good citizens and help the poor critter! We grabbed an empty garbage can so we could scoop him up and carry him down to the water. The whole time, he kept hissing at us, even after we’d deposited him right next to the pond. Clearly he didn’t realize that we were his friends, not his enemies.

At least, that’s what we assumed was going on at the time.

We found out later that pregnant snapping turtles walk as much as a mile away from the water to lay their eggs. Thanks to our ‘help,’ poor Mama Snapper had to start climbing the hill all over again before she could lay her eggs. (Oops. Sorry!)

In all of these situations, the assumed problem was different from the actual problem. I’m sure you can come up with plenty of other examples like this of someone:

We can avoid these types of misunderstandings through ‘beginner’s mind.’ Rather than jumping to conclusions, we do our best to look at a situation with no assumptions or preconceptions. That way, we’ll have a much more clear-eyed assessment of the real problem—if there’s even a problem at all.

photo by Michal Matlon on Unsplash