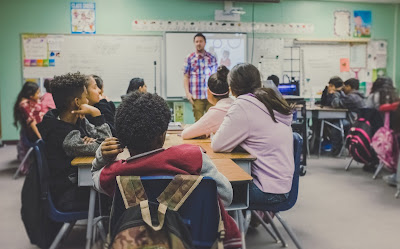 In a new guest post at the Center for Adolescent Studies blog, I explain how to avoid some common sources of tension between teachers and students from different backgrounds.

In his book on Trauma-Sensitive Mindfulness, David Treleaven tells the story of Nari, a young woman born and raised in the United States. Nari was on her first meditation retreat, looking forward to her first private appointment with the teacher.

Unfortunately, he started the session by asking

“Where are you from?”


As she’d expected, the teacher said, “No, I mean, where is your family from?” Nari politely explained that her parents were from Korea. “Did you grow up meditating with your family, then?”


The teacher awkwardly changed the topic, but the damage was done. Nari felt so uncomfortable with him that she decided to leave the retreat several days early...

Can you imagine this meditation teacher starting a conversation with a White student about her country of origin? Perhaps if the student had a foreign accent, but not if, like Nari, she was speaking like anybody else at the retreat...

That said, I don’t think Nari’s teacher had any intention of offending her. It seems a case of cluelessness rather than callousness. As meditation teacher JD Doyle says, “None of us is immune from acting unskillfully. Despite good intentions, our cultural conditioning and ignorance often result in blunders and harm.”

No matter what subject you teach, I hope that the following tips will help you in your work with students and colleagues whose backgrounds are different from yours.

Photo by NeONBRAND on Unsplash
Posted by Catharine Hannay