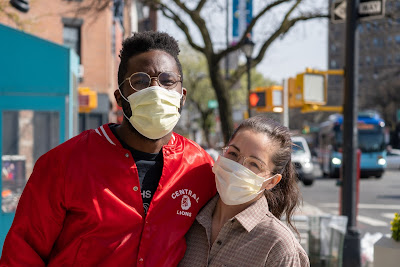 photo by Julian Wan on Unsplash

by Catharine Hannay, guest post at the Center for Adolescent Studies blog

I don’t think there’s a youth anywhere in the world who isn’t having a hard time these days. The question isn’t whether they’re suffering, but how severely, and what we can do to help.

The challenge is that caring adults were already overwhelmed, even before the triple whammy of COVID-19, the protests for social justice, and a very contentious election year.

Here are few ways you can help your students or clients, without losing sight of your own needs.

There’s a poignant moment in the film Goodbye, Mr. Chips when the headmaster, Mr. Chipping, is talking to a boy who’s just found out his father has been killed in World War I.
The boy blurts out, “I hate all Germans!” then braces himself for a reprimand.

Earlier, at a school assembly, Mr. Chipping had told the students that “individuals are not nations.” He explained he was mourning for a dear friend, the school’s former German teacher, who’d been forced to return home and was killed in the war.

But instead of scolding the boy who says he “hates all Germans,” Mr. Chipping offers him a hug.

Of course, there are several reasons why it might not be appropriate to hug your students or clients (social distancing, trauma response, autism spectrum, and so on). The lesson here is that Mr. Chipping understands the feelings behind the boy’s outburst.

When someone is in the depths of grief, that’s not the time for correction or political debate...

Catharine Hannay is the founder of MindfulTeachers.org and the author of Being You: A Girl’s Guide to Mindfulness, a workbook for teen girls on mindfulness, compassion, and self-acceptance.