A Lesson in Mindfulness and Compassion from the Book of Job 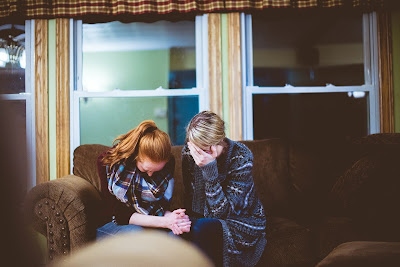 Photo by Ben White on Unsplash

The painful truth is that life can be incredibly hard at times. Good people, people of profound integrity, people of incredible faith, people who appear to be doing everything right, are the victims of life's tragic unpredictability every day.

I sometimes feel like we’re living in the book of Job, where a righteous man is subjected to devastating losses through no fault of his own.

The Book of Job is part of the wisdom literature of the Hebrew Bible, recognized as a sacred text by Jews and Christians. His story offers valuable lessons for all of us about how to respond compassionately to suffering.
The Story of Job
No sooner have we been introduced to Job than we learn that he is blameless and upright, that he fears God and turns aside from evil, and that he goes to great lengths to live a holy and righteous life.
We then overhear a conversation in heaven between God and the satan, a Hebrew word which isn't quite the equivalent of Satan in the Christian New Testament. Here the satan (literally: "the adversary" or "the accuser") is a member of the heavenly court who stirs up a bit of trouble by making a bet with God.

When God points out to the adversary what a righteous man Job is, the satan essentially tells him: "Well, sure, he's got everything going for him--riches, amazing real estate, a household of servants, a huge family. But I'll bet that if you took all that away, he wouldn't remain faithful for long."

God accepts the adversary’s bet, and allows him to begin to afflict Job. And so Job loses his house, and his livestock, and his servants, and his children.

Even when, in chapter 2, the adversary ups the stakes a bit and encourages God to afflict Job's own body with terrible boils, Job still persists in his integrity.
It appears that God has won. But at whose expense has God won the bet?

God and the adversary may both be impressed with Job's integrity. But poor Job is still down there, grieving the loss of all he once held dear, scraping at his sores with a piece of broken clay pot, and having no clue that the only reason for his suffering (at least according to the storyteller) was this strange wager in heaven.
Job has not done anything to deserve his fate. He was—and remains—a righteous man. This is not just a story about suffering, but a story about innocent suffering.

The text says Job’s friends heard “of all these troubles that had come upon him”(Job 2:11) – Job had by this point lost his property, his health, even his children - and they dropped everything and showed up.

“They met together to go and console and comfort him… they raised their voices and wept aloud; they tore their robes and threw dust in the air upon their heads.” [These are simply traditional signs of mourning; they’re grieving with Job here.] And “they sat with him on the ground seven days and seven nights, and no one spoke a word to him, for they saw that his suffering was very great.” (Job 2:11-13 New Revised Standard Version)

The problem is that the friends do open their mouths at the end of seven days, and then they can't seem to stop themselves from offering volumes of unhelpful advice.

Job’s friends get it spectacularly wrong much of the time. They explain to Job, in quite a long-winded fashion, that he must have done something pretty awful to deserve his ordeal, and that things would start looking up if he’d only just repent. They try to convince him that there is a reason for what he’s going through, and they’ll be happy to help him out by explaining that reason to him.

“As you yourself know, Job, since we studied under the same teachers, the righteous are rewarded by God and it is only the wicked who suffer. Since you are suffering so greatly, you must have done something awful to bring this all on. So examine your life carefully, won't you? Once you determine where you've gone wrong, and repent of your sin, God will no doubt deliver you from your trouble.”

And so poor Job finds himself in the unenviable position of having to defend himself to his own friends even as he sits there scratching at his sores, grieving the loss of his sons and daughters.

Because of the way they're set up in the book, it's easy to dismiss the words of Job's friends as so much foolishness. But how many of us have been on the receiving end of similar advice over the course of our lifetimes?
Most of us have heard well-meaning words from friends and acquaintances who'd have done far less damage if they'd just had a seat in our ash heap and kept quiet.

“Think of all you're learning from this experience.”

“Things always work out for the the best.”

I don’t need to tell you these are not the most helpful responses to someone who is in pain.

For most of the book, Job’s friends are not the best role models for us! But I also find it fascinating that their initial instinct was a good one. In chapter two, they actually got it right by sitting quietly with Job and acknowledging his distress.

Given the nature of my work as a pastor, I’ve often expressed frustration that I wasn’t issued a magic wand at my seminary graduation. What a relief it would be, as I sit with people reeling from family stress or job loss, illness or grief, to be able to fix it for them. It’s hard to see people we care about hurting, and not be able to fix it.

The list of problems friends and family members and church members are dealing with, ranging from physical illness to tremendous stress and anxiety, or emotional pain? I’m afraid it’s a long list, and I imagine yours is too. Don’t you just want to be able to fix it, sometimes?

​I had an opportunity recently to reconnect with a longtime family friend, someone I knew well as a child, but with whom I’d lost touch over the years. Now nearing retirement, her life’s work has been nursing, and she’s worked in some pretty tough environments. She has devoted her career to caring for AIDS patients, for instance, and to people suffering from drug addiction, and to people experiencing homelessness. Fairly often her patients have been fighting two or even three of those battles at once.

As we talked about this one day, I remember saying that kind of work must be agonizingly hard, because you would always want to fix the situation, but it wouldn’t often be possible to do that.

“Oh, Deb, I don’t think we can fix people’s lives. We can only let them know they are not alone, they matter, and someone cares. And that is something I genuinely love to do.”

Because sometimes we can’t fix it. There is no magic wand.

But it is perfectly within my power to convey to someone who is hurting: You’re not alone. You matter. I care.

One of the conclusions we can draw from the book of Job is that people don’t always get what they deserve. Sometimes good people suffer, for what appears to be no good reason. The most important thing Job’s friends did in the entire book was essentially to show up and shut up – in other words, to sit there and weep with him, and to let him express his pain.

This is something any of us can do, no matter our beliefs, background, or even age.

“A little girl came home from kindergarten one day. Her mother asked her how she had been.

She said, ‘Good. I helped another girl on the way home.’

‘Oh, she was on her bike, and she fell into a mud puddle.’

‘And so you helped her out of the puddle?’ asked the mother.

‘No,’ said the kindergartner. ‘She was out of the puddle when I got there.’

‘Was she hurt?’ asked the mother.

‘Yes,’ said the little girl. ‘But I couldn’t fix her scratches. She was just sitting next to the puddle crying.’

‘Then how did you help her, sweetheart?’ asked the mother.
‘Well,’ answered the little girl, ‘I sat down and helped her cry.’” 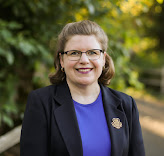 An Interfaith Perspective on Compassion and Service (includes a reflection by Pastor Deb on the Jewish concept of tikkun olam, repairing the world)

Realistic Self-Care: Is It Possible to Keep All the Balls in the Air? (co-written by Catharine Hannay and Deborah Sunoo)