The Power of Forgiveness: Quotations for Reflection and Discussion 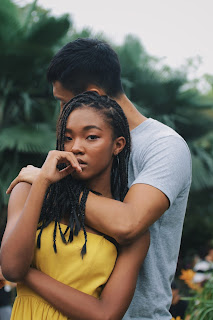 
Here are perspectives on forgiving those who've wronged us, forgiving our own mistakes and imperfections, and feeling lovingkindness toward others without necessarily condoning their actions.

Teachers, I don't necessarily recommend giving this whole long list to your students. I like to provide a lot of options so you can choose what's most appropriate for your particular context.

The Meaning of Forgiveness


"Forgiveness does not mean we forget a violation or injustice and allow it to reappear in our lives.… Forgiveness is an extraordinary gift we give to ourselves and others.  No one can grant forgiveness except you, which makes it not only powerful but also empowering."


Jack Kornfield, The Wise Heart: A Guide to the Universal Teachings of Buddhist Psychology:


"To forgive does not mean we condone the misdeeds of another.  We can dedicate ourselves to making sure they never happen again.  But without forgiveness the world can never be released from the sorrows of the past… Forgiveness is a way to move on."


Pat Schneider, How the Light Gets In: Writing as a Spiritual Practice:


"Forgiving cannot be the silent shoving of things under the rugs of our hearts.  Forgiving doesn’t mean forgetting… we have to remember, or we will forget the lessons that experience teaches us.… Sometimes it takes the form of working on our story until quietly, often surprisingly, we simply let go of hurt.

Sometimes forgiving makes it possible to pick up the pieces of a broken relationship and begin again.  Sometimes it means letting a relationship go.  We can’t forgive through willpower.  What we can do is work toward readiness of heart."


"Forgiving this hurt does not mean you condone it or agree with it.  Forgiveness simply means that you are willing to let go of the pain and anger in your heart... Trust that you are going at the right pace and in the right way for you.  Forgiveness cannot be forced.  As you continue to practice… your heart will naturally begin to let go of the past and open to the present moment."

“Most arguments escalate between spouses, other family members, friends, or co-workers because no one takes the blame and says, ‘It is my fault, and I am sorry.’  An apology could end even major wars among nations, never mind the ordinary arguments of individuals…

The accused’s insistence that he is only an innocent bystander, if not the victim, is usually perceived by others as an insult to their intelligence, a maneuver that compounds the original wrongdoing.”


"Wishing our enemies well… is not about wishing them to be happy by continuing with their bad behavior… cultivating anger and hatred toward an enemy hurts us and does not address the root cause of the situation."


"Letting go is like a mental, emotional, and spiritual delete button.  It doesn't change what happened, but it removes that event's power to continue hurting you.  Until you make peace with your difficult memories, that pain will continue to bleed into your current and future experiences."


"Ruminating about all the horrible people who have hurt or offended you is like locking yourself in a cell with those very same people, except that you’re the only one who suffers."


"Training yourself to love your enemy may be going too far if your enemy is someone who might physically harm you… [but you can] shift your feelings from hate to neutrality.  This shift allows you to think rationally about people who harm others; you can act to prevent them from doing harm without boiling with outrage and becoming part of the problem yourself."


the Dalai Lama, quoted in Real Happiness: The Power of Meditation:


"If you have an enemy and you think about them all the time—their faults and what they’ve done, and your grievances—than you can’t really enjoy anything—you can’t eat; you can’t get a good night’s sleep?  Why give them that satisfaction?"


Marianne Williamson, Tears to Triumph: The Spiritual Journey from Suffering to Enlightenment:


“Forgiveness is a process, and it doesn’t mean the person we forgive will necessarily be our friend—for a while, or ever. If you’ve done something awful to me or to someone I love, I don’t see myself hanging out and having lunch with you anytime soon. If a woman lives with an abuser, she needs to leave the relationship.

Forgiveness does not mean there are no boundaries, accountability, laws, or healthy standards of behavior. It means merely that there’s a way for us to find peace in our hearts, regardless of someone else’s behavior.”


Jack Kornfield, The Art of Forgiveness, Lovingkindness, and Peace:


“Forgiveness means giving up all hope of a better past… In the end, forgiveness is simply never putting another person out of our heart.”


"We cannot have true compassion for others unless we are willing to accept pity and receive forgiveness for our own sins, We do not really know how to forgive until we know what it is to be forgiven."


"There are so many ways we unintentionally cause pain or are hurt by the actions of others. Feelings of guilt, shame, anger, and hatred can continue to retraumatize us long past the actual painful event.

Forgiveness practice is the beginning of unlocking our hearts from the prison of self-protection. It is not meant to absolve ourselves—or others—of the responsibility to act compassionately, but rather to set the conditions from which we can be more compassionate in our relationships going forward."


"We all screw up in different ways, and what separates good people from toxic people is the ability to face those screw-ups and learn a lesson from them…

Taking responsibility for your own actions and committing to correcting your faults in the future also demonstrates tremendous graciousness, generosity and poise, and turns you into a person worthy of respect."


"Regret... allows us to recognize our mistakes and makes us wish not to repeat them.  It urges us to repair the harm committed, whenever possible...  On the other hand, the feeling of guilt is associated with a negative judgment about what we are fundamentally.  While regret refers to particular actions and simply makes us think we have acted badly, the feeling of guilt extends to our entire being and leads us to conclude ‘I am basically bad.’  It leads to a devaluation of oneself and engenders constant torments."


Eleanor Roosevelt, You Learn by Living:


"Why should we shy away with shame from having made a mistake?  No human being is all wise; no human being always lives up to the best that he is capable of.  Failure comes to everyone, except when one does nothing at all, which in itself is a failure.  All we can do is to be honest with ourselves, be humble and try, as we gain wisdom, to rectify our mistakes and possibly to avoid some of them."


"Aim for progress, not perfection... Appropriate guilt occurs when we feel bad about a specific behavior, creating motivation for change.  When shameful, on the other hand, we feel bad about ourselves... Once we have atoned for our wrongs—even if the other person is not inclined to forgive us, even if this person is not willing to own his or her part of the difficulty—we need to let it go.  Accept that there is nothing more to do."


Marianne Williamson, Tears to Triumph: The Spiritual Journey from Suffering to Enlightenment:


“All of us have done things we regret and lived through situations that make us cringe when we remember them… The important thing to do when we know in our hearts that we’ve been wrong is to look open-eyed, even if teary-eyed, at exactly what we did and why we did it…

When I have made my worse mistakes, I didn’t wake up in the morning and say, ‘I think I’ll be a jerk today!’ Rather, in my mistaken moments, I got deeply, insanely, terrifyingly confused, as did anybody else who ever acted out of fear…

The only antidote to self-hatred is self-respect, and self-respect can come only when we know we’re doing everything possible to be better people now.”


"Instead of letting our regrets drag us down, we can use them to spur us on not to repeat harmful acts but to learn from them how to be wiser in the future.”


"About that past social transgression, that unflattering, face-flushing faux pas you imagine is being relentlessly snickered about in your absence, the one you've been playing over and over in your mind--I'm not sure stressing about it is a great use of time.  To wit, when I hadn't seen H. in a couple years, the very first thing he said--and I had no idea what he was talking about--was Amy, I want to apologize for eating all your paté the last time I saw you."


"Give up your unworthiness.  Don’t analyze it.  Just give it up."


Seeing from a Different Perspective


"There is something compelling, perhaps validating, about reciting our story of mistreatment over and over.  In the long run, though, it doesn’t serve our best interests, because it leaves us stuck in the muck of the past."


"When people go on the attack, it’s usually because they feel (rightly or wrongly) that they’ve been treated poorly... People behave their worst when they feel most powerless.

In other words, the person who’s yelling doesn’t feel intimidating or scary (although that’s what the other person perceives). Instead, the yeller feels powerless and small...  This always ends badly."


"Villains see themselves as victims and are trying to ‘defend’ themselves... Get to the core of most violent, aggressive men, and you will find a small boy drowning in grief he will not allow himself to express."


"Truth doesn’t exist…  Everyone’s got their own side of a story… If there’s no real truth, then all we can do is offer up our own stories and listen to other people’s and try to make sense of it all."


"When we alter the way we pay attention, we get a very different sense of the intricacies of someone else’s life.  We also understand much more clearly that we ourselves are coming from a place of pain when we act recklessly or unskillfully, and we can extend that observation to others...

Lovingkindness for a difficult person is about seeing what happens when we recognize a connection with someone instead of focusing only on our feelings of conflict, when we pay attention to that person’s suffering and not just his or her transgressions."

I've included Amazon links just in case you're interested in learning more about the sources of these quotes.  I don't have an affiliate account and don't benefit if you order books through links from this site.

Questions for Reflection and Discussion
(If you choose to use these questions in a class or group: As with any other lesson that might bring up painful or embarrassing experiences, please respect your students' wishes about how much they choose to share.)

Poems, Quotes, and Proverbs about Mindfulness and Compassion

I Wish You Peace: A Simple LovingKindness Meditation

Next Time I'll Do Better: Recognizing and Learning from Mistakes

Songs About Regret and Forgiveness