A Very Brief Introduction to the Brain 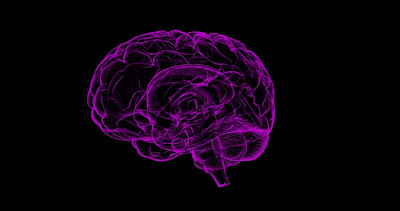 Image by Raman Oza from Pixabay


In a post on Three Challenging Questions about the Benefits of Mindfulness, I mentioned a growing concern in the mindfulness field over how teachers talk about the brain. A lot of teachers don't realize that the majority of cognitive scientists have long rejected 'right-brained vs. left-brained' and the Triune Brain/lizard brain theory.

The truth is, there are a lot of different parts of the brain, and they interact with each other in complex ways. Here's an overview of some of the major areas and systems, which I'll describe to the best of my ability. (I'm very open to correction if there's anything I haven't explained clearly.)


Major Parts of the Brain

The biggest part of the brain, the forebrain, includes the cerebrum, which has four main sections: the parietal lobe, the temporal lobe, the frontal lobe, and the occipital lobe.

At the base of the brain is the hindbrain. This includes the brain stem, which connects to the spinal cord. It’s responsible for keeping us alive and functioning in ways that we don’t consciously think about, like making sure our hearts keep on beating.

Above the brain stem is the limbic system. This includes the amygdalae, two pea-sized, almond shaped parts of the brain. (The name amygdala comes from the Greek and Latin word for almond.)

Our amygdalae operate like an alarm system. That’s useful when there’s an emergency, but imagine what it would be like if an alarm were going off all the time. It would be very hard to concentrate on anything else, and we wouldn’t know when we could relax and when we needed to protect ourselves.


Again, the brain is very complex, with many different parts. This is just a quick overview of those parts that are typically mentioned in mindfulness research. Check out www.brainfacts.org/3d-brain to take a look at these and many other parts of the brain. (If nothing else, it can be fun to see all the names, like the globus pallidus and the inferior frontal gyrus.)

Another common misunderstanding is that each part of our brain does a specific job all by itself. In an interview with the editor of Mindful magazine, Dr. Amisha Jha explains three important networks in the brain.


1. The Salience Network helps us figure out what’s important to pay attention to. This could be something dangerous, like an icy sidewalk. Or it could be important because it’s something we need to focus on in order to reach a goal.

2. The Central Executive Network helps us focus and solve problems. “When we say we’re ‘thinking hard’ about something, there is major involvement from this network.”

3. The Default Mode Network is involved in “spontaneous mind wandering and self-talk.” This helps us to be creative, but it can also lead us into thinking over and over again about the same problem. “If you keep ruminating about your worst experience, your brain will be very efficient at calling to mind that episode.”

There's more detailed information about the different systems and networks in the brain at Dr. Jha's website: amishi.com

Depending on the age and interests of your students, it might not be appropriate to share detailed information about the brain with them.  But it's important not to give overly simplistic explanations. Many students have been told that the rational part of their brain is ‘good’ and the emotional part is ‘bad,’ or that they need to use some parts of their brain to suppress others.

Repeat after me: The amygdala is my friend! (Would you really want to have no sense of what could be harmful or dangerous?)

A Very Brief Introduction to Mindfulness

A Very Brief Introduction to How Trauma Affects the Brain

Three Challenging Questions About the Benefits of Mindfulness

and more Resources for Practicing and Teaching Mindfulness