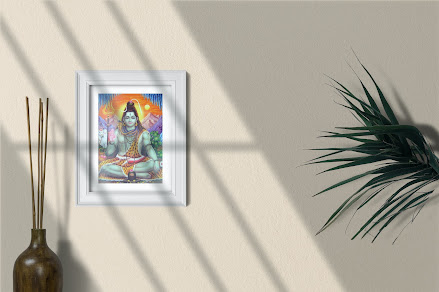 Photo by Rahul Dogra on Unsplash

Today I'd like to give a very brief introduction to Hindu beliefs and practices and how they differ from what's commonly taught in secular yoga and mindfulness programs.

There are two major concerns you should be aware of:

1) Tensions over yoga and meditation in public schools; and

I'll start by explaining those two concerns, then give a five-minute overview of 4,000 years of Hinduism.

Part 1: Two Major Concerns About the Secularization of Yoga

You've likely heard of lawsuits about whether yoga and mindfulness are truly secular practices that should be permitted or required in public schools. At least here in the U.S., these lawsuits have been filed by conservative Christians, which has led to sweeping generalizations about the beliefs of all Christians and the secular nature of all yoga programs.

This is actually a much more complex issue than most people realize. In fact, some Hindus are concerned about the secularization of practices they consider central to their faith. Meanwhile there are many people of other faiths who have no trouble with secular yoga and mindfulness, or who find ways to integrate secular practices with their religious faith. (And other members of those same religious groups find this deeply troubling.)

See, for example: Does Doing Yoga Make You a Hindu? at BBC, and here at Mindful Teachers:

Keep in mind that there are nearly 15 million Jews in the world, more than a billion Hindus, nearly two billion Muslims, and more than two billion Christians. Like any other broad categories of people, different individuals may have very different opinions and experiences.

If concerns have been raised at your school, rather than making assumptions:

After that, you can have a much more productive conversation about how to handle the situation.

Last summer, the K-Pop group Black Pink outraged many Hindus by including a sculpture of Ganesha in one of their music videos.

"The elephant-headed deity was shown on the floor, near a bejeweled Aladdin lamp, as a member of the band preened and rapped on a golden throne."

The image was promptly removed from the video after fans objected to "using the religious object as a prop and of defiling it by placing it on the ground." (source: Hindu God in a K-Pop Video? by Tiffany May and Su-Hyun Lee at The New York Times)

Over the past few years, I've seen a lot of objections to the hyper-commercialization of yoga and inappropriate use of Hindu words and images. These range from designer 'yoga pants' and luxury retreats to the t-shirts and bumper stickers that say things like "Namaste, b*tches."

Kumari Devajaran discusses How 'Namaste' Flew Away From Us for NPR's Code Switch. And in a post at Medium.com, Kiran Kau explains "Why Saying “Namaste” is Culturally Insensitive and NOT Just a Yoga Term."

If you're a yoga teacher or practitioner, it's important to think about whether it's appropriate to say 'Namaste' in your classes and how it may be interpreted differently by different people.

In "History of Mindfulness: From East to West and Religion to Science" at Positive Psychology, Joaquín Selva explains:

"Hinduism has no single founder and no concrete starting point. [...]

The earliest traditions, which have since been incorporated into Hinduism, arose more than 4,000 years ago in the Indus Valley— now Pakistan.

These religious traditions continued to develop in Vedic writings 2,500-3,500 years ago [and] included rituals and the worship of the gods common to modern-day Hinduism.

About 1,500-2,500 years ago, additional texts were composed [...] introducing the concepts of dharma and temple worship."

Here are a few key passages from Hinduism, a Very Short Introduction by Kim Knott that give a general overview of Hindu beliefs:

“For each different type of person, Hinduism prescribes a different path (yoga). Here I will simply refer four of the principal ones:

(1) Jhana yoga tries to achieve holiness through knowledge, by which is meant not factual information but understanding or vision;

(2) For bhakti yogis, feelings are more real than thoughts, so they approach the divine through love and devotion;

(3) In karma yoga, salvation comes through work, but work done not for gain but for its own (or God’s) sake;

(4) And finally, there is royal or raja yoga, comprising meditation and inward exploration."

At 'The Way of Meditation,' Giovanni Dienstmann gives an overview of different types of Hindu meditation, including:

Mantra: " a syllable or word, usually without any particular meaning, that is repeated for the purpose of focusing your mind. It is not an affirmation used to convince yourself of something." [unlike the popular western use of the word 'mantra']

Self-Inquiry and 'I Am' Meditation: "Self-Enquiry is the English translation for the Sanskrit term atma vichara. It means to “investigate” our true nature, to find the answer to the “Who am I?” question, which culminates with the intimate knowledge of our true Self, our true being. We see references to this meditation in very old Indian texts; however, it was greatly popularized and expanded upon by the 20th-century Indian sage Ramana Maharshi."

4. The Difference Between Secular and Hindu Yoga and Mindfulness

At Hinduism Today, Satguru Bodhinatha Veylanswami explains that the secular approach to yoga is often "limited to stress reduction and physical health," while mindfulness tends to be taught as a "non-spiritual practice, used to support emotion management, reduce stress and focus the mind."

In contrast, in the Hindu approach to mindfulness,

"emotional management, stress reduction and enhanced mental focus are also important goals. However, they are beginning-level goals. [...] Mindfulness is a preparatory practice for raja yoga, which leads to the advanced attainment of higher states of consciousness [...] These mystical states are not part of today’s secular definition of mindfulness."

I hope this has been a useful and interesting introduction to Hinduism and how Hindu practices have been adapted into secular yoga programs.

This post is part of a series about 'Religious and Spiritual Perspectives on Mindfulness.' I'm not trying to convince anyone that they should or shouldn't practice any particular type of meditation or prayer. I'm just trying to help spread accurate information about the broad range of perspectives on mindfulness, meditation, and yoga.

There are hundreds more posts here at Mindful Teachers about practicing and teaching mindfulness and contemplative practices, including:
Mindfulness and Yoga for Young Children: Tips, Books, Apps, and Activities
Teaching Mindfulness, Meditation, and Yoga to Teens
and video playlists with (secular) yoga and mindful movement for adults and kids.